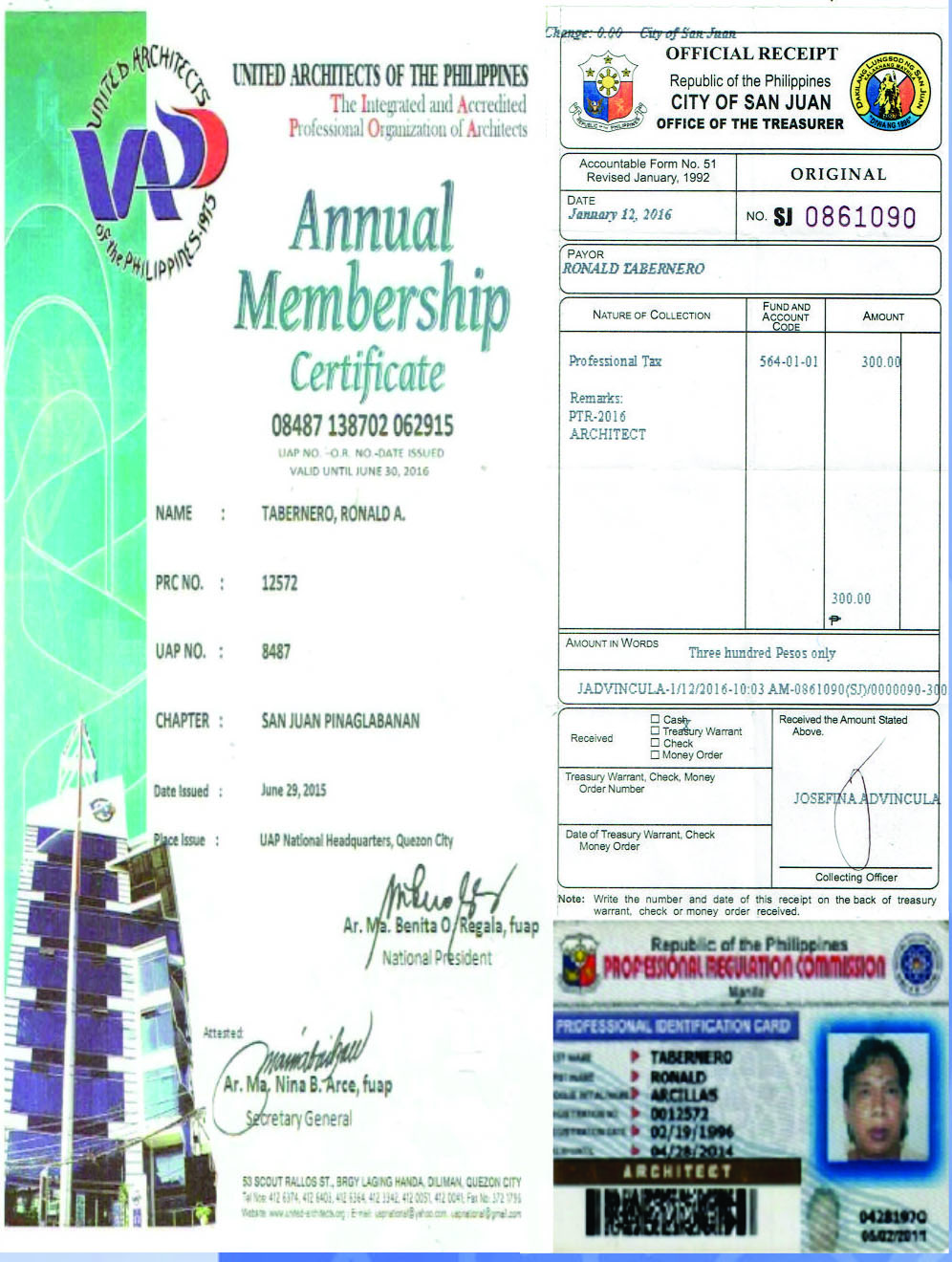 R.A Tabernero was born in Palo, Leyte, Philippines on April 1970, a Roman Catholic. He received his Degree of Bachelor of Science in Architecture from the Leyte Institute of Technology in 1994. He also passed and recognized as Accredited Design Profession (ADP) from the Philippine Green Building Initiative on Year 2016 that certified him Green Architect.

Prior to joining the founding of OCB + Associates Architects in June 1999, Mr. Tabernero was an Assistant Senior Project Architect of W. V. Coscolluela & Assocites Architects (1995-1999). During these times, he honed and developed his skills in technical design and project management which he applied in numerous prestigious projects, Tagaytay Highland Family ClubHouse, PCI Bank Tower in Dasmarinas, Bank of the Philippine Island in Baguio, Philamlife Madrigal in Alabang, World Trade Center in Roxas Boulevard, Manila and RCBC Plaza project in Makati among them. He started his Architectural career while he was studying as Production Manager of Arch. Edito Cumpio (1993-1994). Mr. Tabernero is a Partner of the Firm and is In-Charge of a number of the firm’s projects.

Mr. Tabernero has been practicing Architecture for over twenty five (25) years. He is a member of the United Architects of the Philippines.