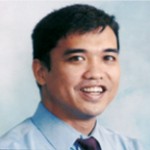 O.C. Bautista was born in Manila, Philippines on February 1970, a Roman Catholic. He received his Degree in Bachelor of Science in Architecture from the Royal Pontifical University of Santo Tomas in 1991. He also passed and recognized as Accredited Assessor (AA) and Accredited Design Profession (ADP) from Philippine Green Building Initiative on year 2012 that certified him Green Architect. He is also a member of American Society of Heating, Refrigerating and Air-conditioning Engineers (ASHRAE) Philippine Chapter.

Mr. Bautista is the Principal Architect of OCB + Associates Architects. Prior to founding of OCB + Associates Architects in June 1999, Mr. Bautista was a Senior Project Architect at W. V. Coscolluela & Associates Architects (1992-2000). It was in this firm where he harnessed his architectural skills and honed his leadership traits handling projects simultaneously. Among his prestigious projects include the World Trade Center Metro Manila (WTCMM) where coordinated with Gensler & Associates of San Francisco. In 1997 he was personally requested by the clients of the said firm to spearhead the Philamlife Tower project where he coordinated with the architects and designer of Skidmore Owings and Merrill (SOM), New York. He started his architectural career in the Royal International Builder’s Inc. (1991).

Mr. Bautista has been practicing Architecture for over twenty five (25) years. He is a member of United Architects of the Philippines and also a member of the Don Bosco Alumni Association. In 1984, he joined the most prestigious International religious fraternal organization “The Supreme Council Order of De Molay of the Republic of the Philippines”.